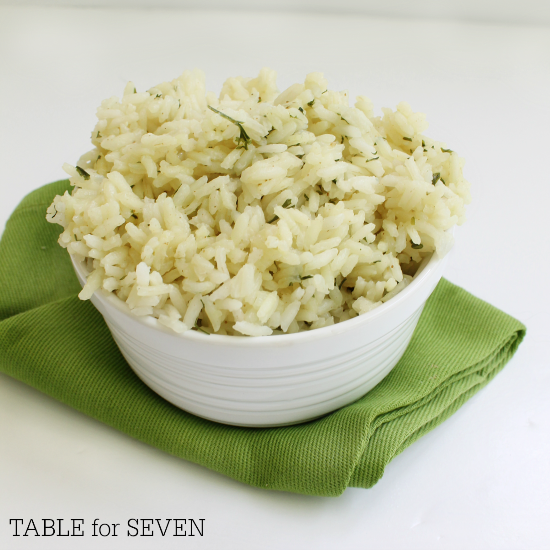 Forget the boxed version! Make this popular side dish right at home. Great chicken flavor, with less sodium and much cheaper than the store bought stuff. This chicken rice is a great side dish for a wide variety of meals.

When Mr Plain and I first lived together, we dined completely differently than we do know.

Obviously, we needed alot less food and grocery shopping was stress-free. But, one of Mr Plain’s favorite things to eat was Chicken Flavored Rice a Roni.  It was tasty and simple, but, darn! It is chocked full of sodium. Now, in moderation, I guess that wouldn’t be too much of a problem. But, he also discovered a few years ago, he has very high blood pressure. So, too much sodium is a big no-no around here.

This rice blend mix helps us out.  He still get some chicken-flavored rice and it has alot less sodium. It also tastes much better than a box of Rice a Roni.

Give it a try! You won’t want to go back to the boxed version ever again-

I am confused that the chicken seasoning mixture amounts are so small, and then in the recipe, it calls for 1/4 cup of it?

So glad it worked out :) Thanks for letting me know!

I made it today to eat along with a chicken/sundried tomato/feta/pesto dish and it was fantastic. I didn't have powdered bouillon, but used chicken Better than Bouillon in the water and guessed on the rest.

Hope you enjoy it :)

That does help, thank you so much. I just wanted to double check!

If you add of the dry mix ingredients together, it adds up to almost 3/4 cup. Good for 2-3 servings of rice. You can use more or less, but, 1/4 cup is a good approx amount. Hope that helps :)