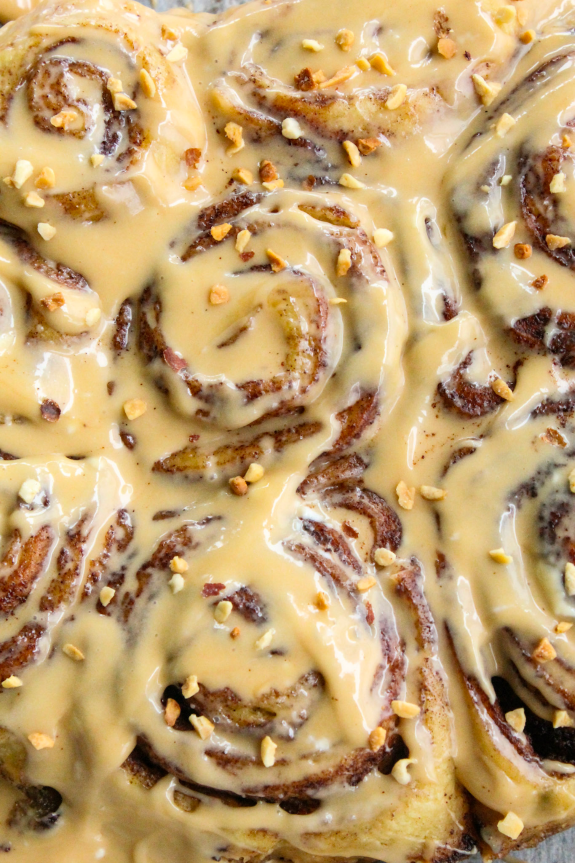 Crock Pot Cinnamon Rolls with Caramel Cream Cheese Frosting- Make cinnamon rolls in your crock pot! No yeast or waiting for dough to rise with these. Gooey and delicious.

It’s such a tough decision..doughnuts or cinnamon rolls? I do so love them both. What about you? Team doughnut or team cinnamon roll?

They both have some delicious qualities to them. Such sweet, sugary, gooey, goodness to them both. I couldn’t pass either of them up!

While we all ponder this tough decision, let’s focus on what we have today: 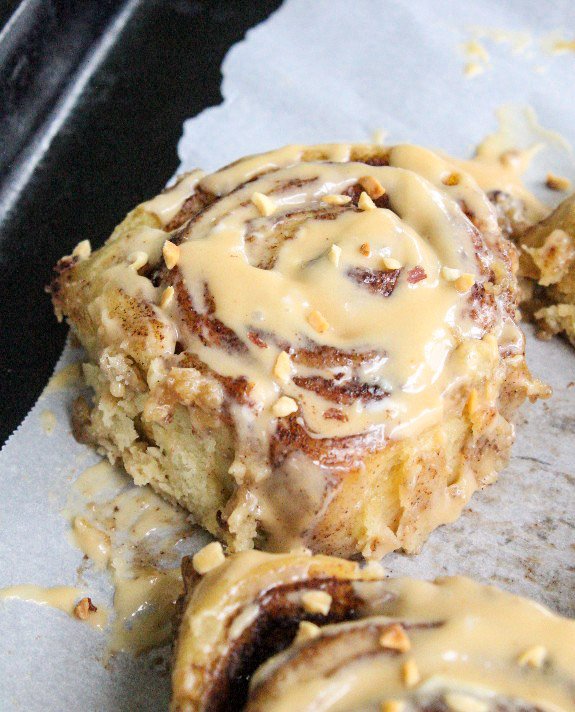 Not only cinnamon rolls that require no yeast and no rising, but, they are cooked nicely in your crock pot. I have made lots of desserts in my crock pot, but, this was the first time at cinnamon rolls. They were a smashing success.

Cinnamon rolls that are super simple and taste amazing!

For ours, I drenched them into a gooey mess by mixing some caramel sauce with cream cheese. Then, topped off with some mixed chopped nuts.

However, the dough and filling for these is a pretty standard mixture. So, if you aren’t in favor of a caramel frosting, a simple powdered sugar glaze or cream cheese frosting will go well with them too. Topping them with chopped nuts is also optional.

I used my 6 quart oval crock pot for these, but, if you have a 13 x 9 casserole crock pot, that will also work. 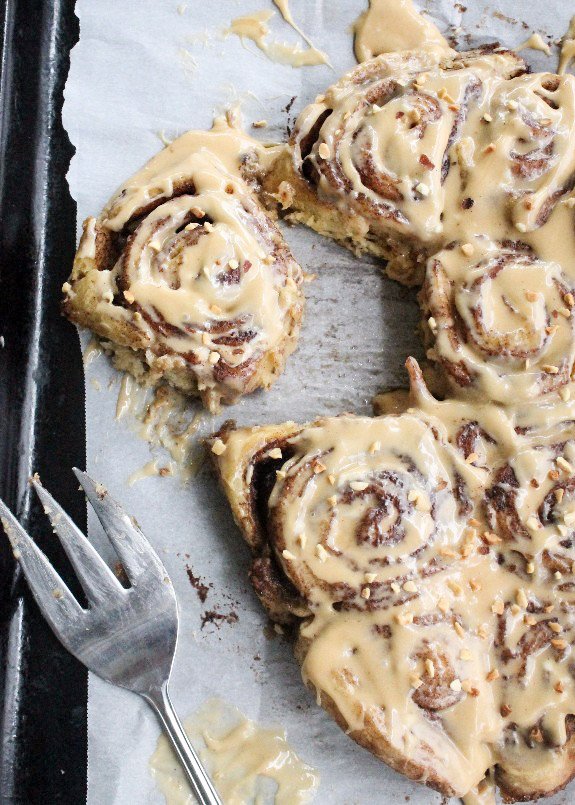 Can you use a crockpot liner instead of parchment paper??

Yes, they will work!

Hi Aimee! Yes, that should work out fine. Enjoy!

can you make the dough the night before and and cook it in the morning?